How a DUI Will Affect Your Car Insurance Rates

If you’ve been convicted of driving under the influence (DUI) of alcohol or drugs, it will likely drive your car insurance rates through the roof. 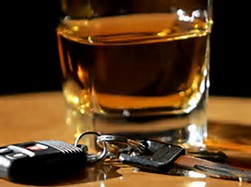 According to the National Highway Traffic Safety Administration, in 2010 there was an alcohol-related traffic fatality in the United States every 51 minutes. Aside from the risk of killing yourself and others, a drunk driving conviction carries with it serious penalties from your car insurance company.

Auto insurance companies may check your motor vehicle record only once every three years or when you’re applying for a new policy. It’s possible that accidents, tickets, and DUIs may never make their way to your official motor vehicle record. However, if your insurer discovers your DUI and classifies you as a “high-risk driver,” shopping around at renewal time is the best strategy, as rates will vary greatly among auto insurers. On the other hand, a rate hike may be the least of your problems; your policy could be canceled or nonrenewed, especially if you are currently in a preferred rate class. Then you’ll be forced to look for new car insurance with the double-whammy of a DUI and a cancellation on your record.

Laws regarding DUIs and car insurance coverage vary by state. Most states require DUI offenders to get a form called an SR-22 from their auto insurers, so you can’t hide. This form proves to the DMV that you carry liability insurance and removes your license suspension. An SR-22 also requires your insurance company to notify your state’s department of motor vehicles (DMV) if it cancels your auto insurance for any reason. You’ll likely have to file proof of insurance for three — sometimes five — years with your state’s DMV.

Some car insurance companies don’t even offer SR-22 policies, so your policy could be nonrenewed or canceled because your company can no longer provide what you need.

It’s possible that your insurance company will never find out about your DUI conviction if your state does not require you to seek an SR-22. According to the Insurance Research Council, as many as one in five convictions for traffic violations never end up on motor vehicle records due to lack of shared information between courts and motor vehicle departments, or because a conviction has been erased through alternative means, such as driving school. If you get your DUI charge reduced in a plea bargain, or have a limited license suspension, such as 30 days, it’s also very unlikely your insurer will find out about your conviction.

If your insurance company misses the conviction at the time it happens, it may still have a few years to raise rates if the DUI is discovered later. With some insurance companies, you will not face nonrenewal or cancellation because of a DUI, but you may face a rate increase.

When you have a DUI conviction, it doesn’t end with car insurance. Your conviction will follow you if you apply for life insurance and could affect your premiums there, too.